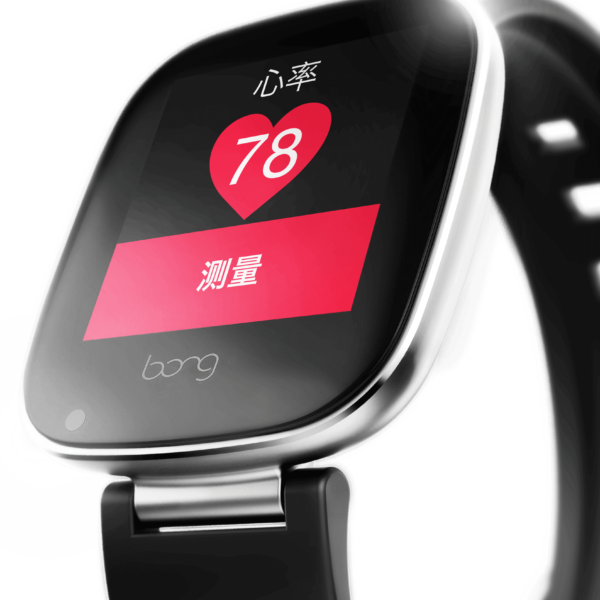 The Bong X2 delivers time, heartrate and steps information to the user. The user’s experience is unique as it has no buttons or touch screen: it is operated by natural wrist gestures. It has a 128×128 8-bit color square LCD and runs on an ARM Cortex-M4 low-power microcontroller, which makes it very cost- and power-effective.

Bong intends to use MicroEJ Studio to develop small features quickly through apps that are downloaded from the MicroEJ Application Store by owners of the smartwatch. Apps run over the firmware programmed into the smartwatch and allow users or manufacturers to extend the product capabilities after its purchase. The Store also allows creation of an open ecosystem of apps developers.

Bong leveraged PC and mobile developers to create the appealing and intuitive graphical user interface (GUI) of the smartwatch. Developers used MicroEJ SDK rapid prototyping and simulation tools to develop the GUI without the hardware. New features like a calculator app can be developed in one week instead of five, which represents a significant increase in software development productivity and enables creation of more apps that further differentiate the product and provide more value to the user.

Bong adopted a components-based architecture, which allows to deliver functions independently from the hardware or firmware thanks to the MicroEJ OS virtualization layer. 100% of the X2 application code can be reused on Bong’s next project, which eases the creation of derivative products.

“We are really pleased to work with MicroEJ. The MicroEJ team was helpful in providing us the technical and business assistance that made the X2 project a success.”
Sun Dapeng, co-founder of Bong.

MicroEJ exhibits at the Wearable Technology Show in London on March 15-16 and presents its software solutions for wearable device firmware and apps development on the show floor.

Back to press releases