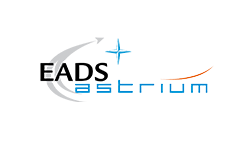 Astrium was an aerospace manufacturer subsidiary of the European Aeronautic Defence and Space Company (EADS) that provided civil and military space systems and services from 2006 to 2013. In 2012, Astrium had a turnover of €5.8 billion and 18,000 employees in France, Germany, the United Kingdom, Spain and the Netherlands. Astrium was a member of Institute of Space, its Applications and Technologies.